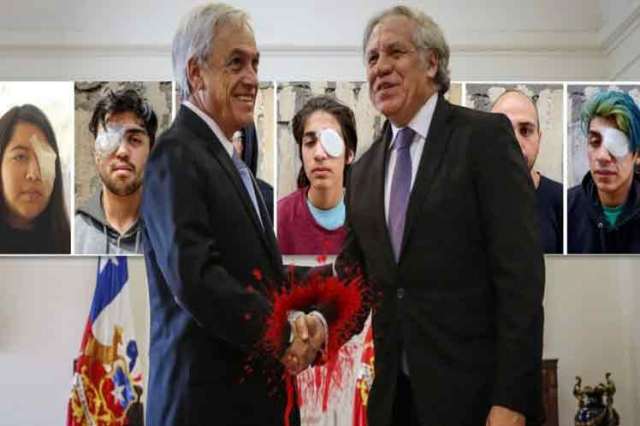 The youth branch of the Communist Party of Chile (PC) argued that Almagro defended President Sebastian Piñera’s actions against the widepread popular demonstrations in the country, even ignoring the denunciations from the Inter-American Commission on Human Rights (IAHRC), which is attached to the Organization of American States (OAS).

The JJCC declared Almagro a persona non-grata to the Chilean people.

Almagro, who is visiting this capital, met with Piñera at La Moneda Palace on Thursday, where he expressed total support for the repressive actions taken by Chilean authorities against the popular movement that has taken to the streets since October 18, 2019.

In brief statements to the press, Almagro recognized ‘the work of President Piñera in the framework of the Rule of Law, of the preservation of democracy. He has efficiently defended public order, while he has taken special measures to guarantee human rights.’

Almagro thus totally ignored national and international reports that confirmed and denounced mass human rights violations throughout the country, including from the Office of the United Nations High Commissioner for Human Rights, the National Human Rights Institute, the IAHRC and other related institutions.

Likewise, Almagro supported the discredited theory of the alleged foreign influence on the citizens’ movement in Chile, referring to statements by the Piñera Government on social media.