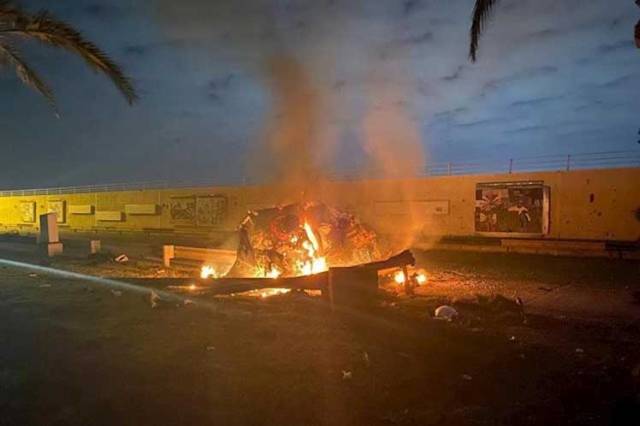 The foreign ministers of Russia, Iran and Turkey on Sunday rejected the attack perpetrated by the United States in Iraq, in violation of that country’s sovereignty, to assassinate a military officer from another nation.

Russian Foreign Minister Sergei Lavrov addressed the aforementioned issue in telephone conversations with his counterparts Mohammad Javad Zarif, from Iran, and Mavlut Cavusoglu, from Turkey, a statement from the Foreign Ministry said.

Lavrov and Cavusoglu analyzed the situation resulting from the assassination of the commander of the Special Quds Forces of the Islamic Revolutionary Guards Corps, Qassed Soleimani, by the US army in Baghdad.

He stressed that the US actions are a serious violation of the fundamental provisions of international law and do not contribute to achieveming the goals of fighting terrorism, publicly declared by Washington.

Not only Soleimani, but also Abu Mahdi al-Muhandis, leader of the Iraqi militias and the Islamic resistance movement or Hezbollah, collaborated with Iraqi and Syrian forces in the fight against terrorist groups in those nations.

The parties expressed deep concern about the possible serious consequences of the US action for peace and stability in the Middle East, the statement noted.

The three foreign ministers stressed that the US actions seriously violate international law and contribute nothing to solving the complex problems in the Middle East, but rather lead to a new escalation of tensions in the region.