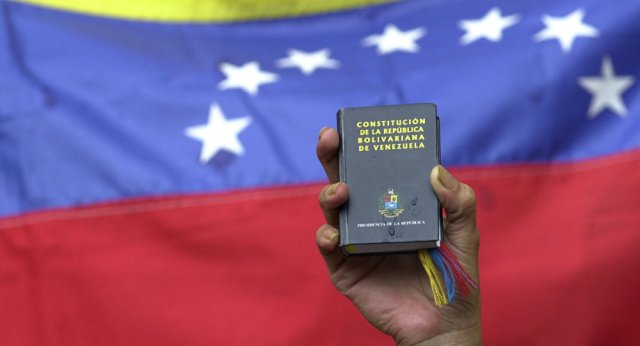 Venezuela’s opposition has taken control of three diplomatic facilities in the United States and will attempt to obtain further US-based assets in the near future, Carlos Vecchio, opposition leader Juan Guaido’s envoy to the US, told reporters on Monday.

«Today, we are taking control over three facilities, three buildings. Two of them are located here in Washington, D.C., and the other one is the building in which the consulate services works,» Vecchio said.

Vecchio explained that all three buildings are owned by the Venezuelan government. One of the two properties seized in Washington is a military building that belongs to Venezuela’s Defence Ministry, the opposition envoy said.

«Colonel [Jose Luis] Silva Silva — he is in charge of this building — is working with us in the diplomatic mission because he decided to recognize Juan Guaido as the interim president of Venezuela,» Vecchio said.

The Venezuelan government later confirmed in the statement that the country’s diplomatic representation offices in the United States had been illegally taken over by opposition members.

«The Bolivarian Republic of Venezuela informs the international community that its diplomatic premises in the United States have been forcibly seized by people who enjoy official support of the US government and act as its agents in its political interests and in the direct violation of the Vienna Convention on Diplomatic Relations,» the statement, released by Venezuelan Foreign Minister Jorge Arreaza on his Twitter account, read.

In January, Col. Silva Silva, Venezuela’s military attache at its US Embassy, defected from the government of President Nicolas Maduro and urged other armed forces members to join him in recognizing Guaido as the interim president of the South American nation.
Vecchio did not disclose details regarding the second building in Washington. The third facility taken over by the opposition on Monday was the Venezuelan Consulate General in New York.

Venezuela’s opposition will attempt to take over the country’s main embassy building in Washington in the coming days, Vecchio stated.

The United States and 54 other countries have recognized Guaido as Venezuela’s interim president.

Russia, China, Turkey, Bolivia and other countries continue to back Maduro as the only legitimate authority in Venezuela.

Maduro has characterized Guaido as a puppet of the United States and said Washington has attempted a coup d’etat to exact a change in government.