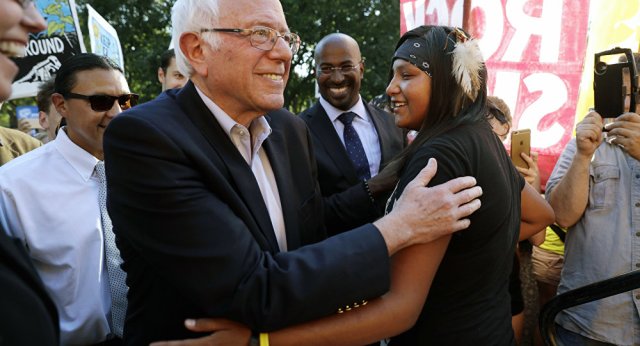 MOSCOW (Sputnik) – A number of US Democratic Party members in the state of Florida have harshly criticized Sen. Bernie Sanders for failing to publicly recognise Venezuelan opposition leader Juan Guaido as the Latin American country’s interim president and questioned his chances of getting the party’s nomination for the 2020 presidential race.

“He is not going to be the nominee of the Democratic Party. He has demonstrated again that he does not understand this situation. I absolutely disagree with his imprecision in not saying Maduro must go,” Rep. Donna Shalala, a Democrat representing Venezuelan exiles, told the Politico media outlet.

Florida State Sen. Annette Taddeo, in turn, said she was “dumbfounded,” suggesting that Sanders was not properly briefed on the matter.

Sanders, 77, announced his plans to seek the Democratic nomination on Tuesday. In just 24 hours after announcing his bid, the politician managed to raise $6 million in donations for his future campaign.

Yet, the Politico media outlet reported on Thursday that Sanders’ interview with the Spanish-language Univision TV channel, in which he refused to recognise Guaido’s leadership and describe Venezuelan President Nicolas Maduro as a “dictator,” while at the same time suggesting that the country needed a “free and fair election,” had angered many Democrats in what is traditionally the nation’s biggest swing state.

The United States was first to recognize Guaido’s leadership, with a number of its allies swiftly following its lead. A number of Democratic Party presidential hopefuls have also expressed their support for the opposition leader. Russia, China and Turkey were among those that had voiced their support for Maduro as the country’s legitimately elected president.

Sanders, who describes himself as a democratic socialist, ran for the presidency in 2016 but lost to Hillary Clinton during the Democratic primaries. Clinton ultimately lost to Donald Trump in the general election. Most polls then showed that Sanders could have beaten Trump if he had run against him. Later, WikiLeaks revealed that the leadership of the US Democratic Party initially played up to Clinton against Sanders. The scandal ended with the resignation of the party leadership.